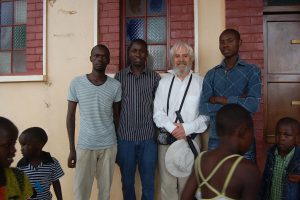 The Bishop Spartas Trust was set up by Martin Olsson in 2016 following his 2012 visit to Uganda. During his stay there he met several young people from the Orthodox community who were hoping to go to University. At the time the Orthodox Archdiocese was often able to arrange sponsorship for students through its connections in Greece, Cyprus or the Greek Community in America. However, with the onset of the economic crisis in Greece, these sources of funding entirely dried up, even for students who had already begun their degrees and many had to drop out before completing.

Initially Martin raised funds on an ad hoc basis in an attempt to fill the gap, finding support in the Orthodox parish he belongs to and contacts in the wider community. In this way he was able to ensure that several students completed their courses. When he was approached by a young Ugandan student asking for support to complete a five year medical degree, it became clear that a more structured approach was needed and the Bishop Spartas Trust was formed.

Initially, all of the students that we helped were personally known to us and came with appropriate references. Future candidates must be recommended by the Head Teacher of their secondary school and their Parish Priest, both as to their academic suitability and level of financial need. All relevant documentation, including University offers and registration numbers, together with receipts and a record of results shall be provided to the Trust as the students proceed through their studies. 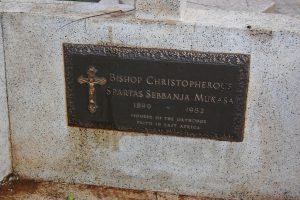 Reuben Spartas Makusa (1900?-1983) was the person primarily responsible for the establishment of the Orthodox Church in Uganda and was a pioneer of African led education before Ugandan independence. In 1972 he was consecrated under the name Christopheros as the first African Bishop of the Archdiocese of Kampala and All Uganda.